It’s been almost a year since the last time you felt that tingle on your tongue, a fire in your belly, and left over paint on your face. It’s one of our favourite events of the year, and we know you love it too.

Dia De Los Muertos 2017 marks the annual release of two of our most anticipated beers. We know you're probably familiar with this smokin’ hot pair by this point, after their debuts in 2011 and 2012. However, seeing their beguiling faces is likely to evoke some fond memories of your last encounter. Let’s reintroduce the original dead head, and his elegant little sister...

Originally inspired by the Aztec beverage xocolatl, “a bitter, frothy, spicy drink” combining cocoa and chilli, Day of the Dead is a black lager brewed with smoked chipotle, and conditioned over raw cocoa nibs, vanilla and agave, creating a rich, smooth and complex mix of smoke, chocolate and restrained chilli heat that builds as you drink. 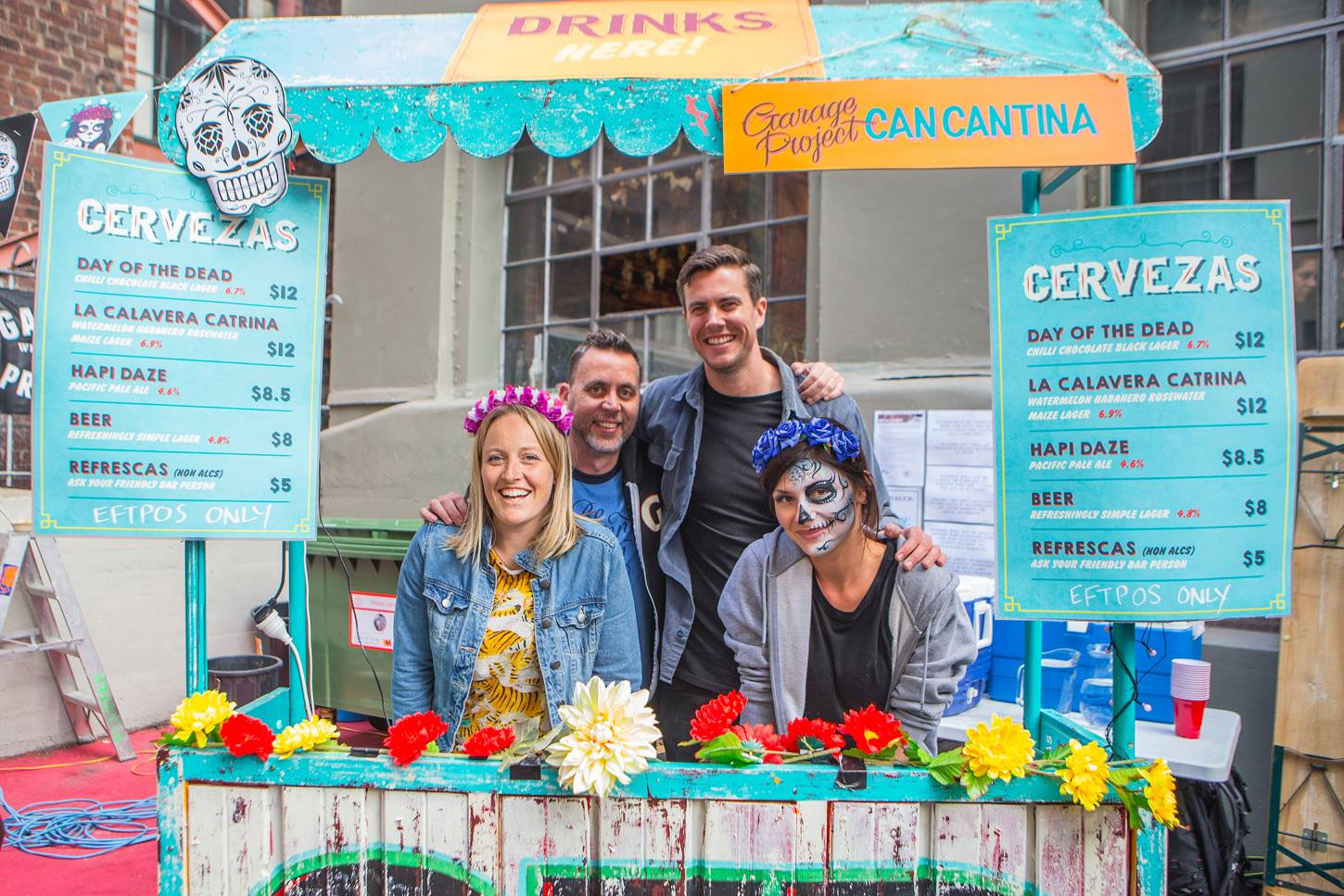 As always Day of the Dead is accompanied by La Calavera Catrina, the elegant skull, little sister to our original dead head. La Catrina is as blonde as Day of the Dead is dark, but she’s no lightweight. The base beer is a blonde lager with a cheeky, even ironic addition of maize. Maize is an ingredient you’d normally associate with much blander lager offerings, but here it is fired up with a generous addition of organic Habanero chillis, giving Calavera a far more assertive chilli heat than the smoky chipotle of her brother, yet with a soothing touch of Watermelon to take the edge off. 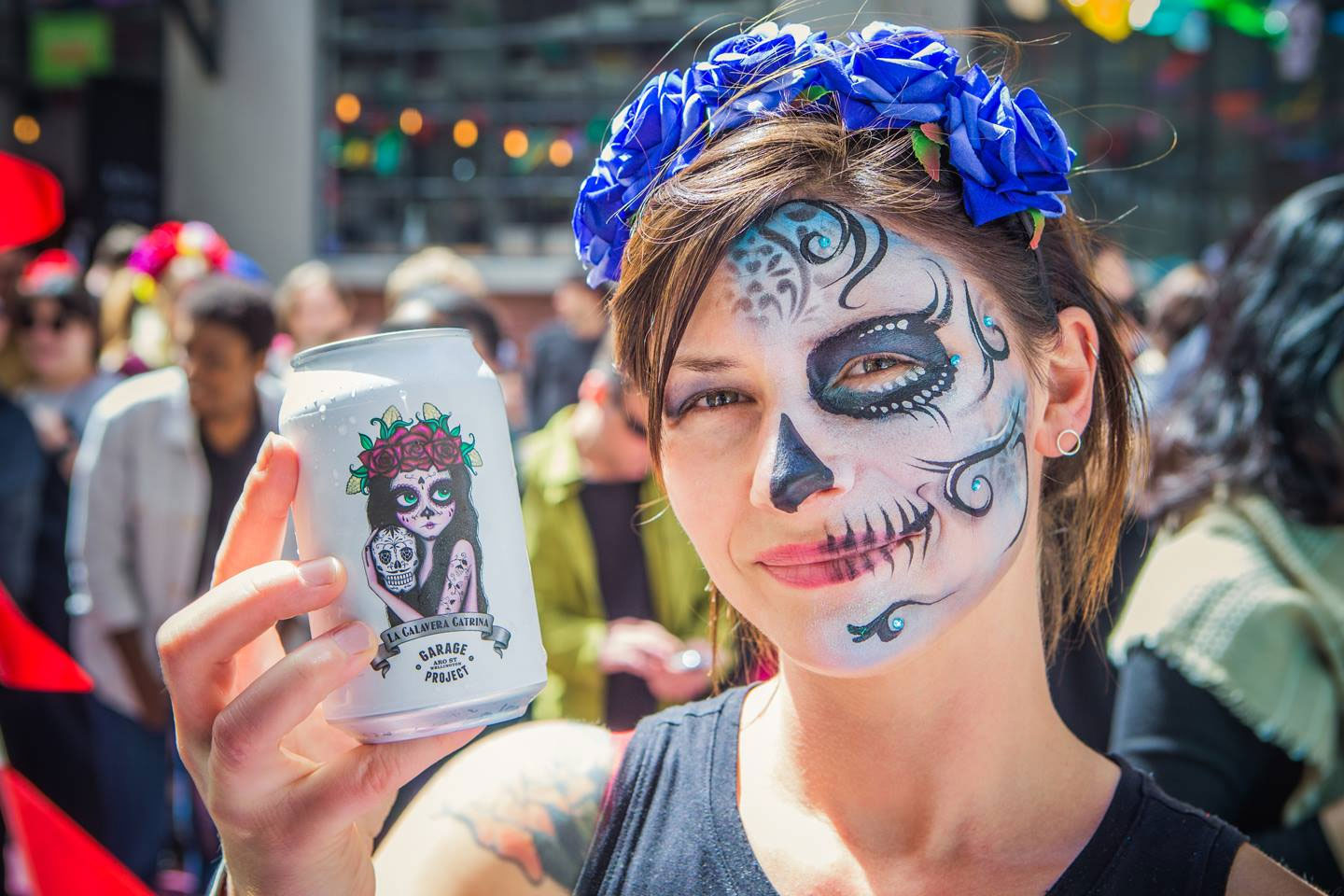 These two are a match made in heaven (or Hell, you decide), but we’ve saved the best for last.

It's a lager, but definitely not as we know it. Triple Day of the Dead. Brewed extra strong with smoked chipotle chili, cocoa and agave, then aged for over a year in freshly emptied Tequila barrels, and finished on raw cocoa nibs. Incredibly rich and dark, Triple Day of the Dead possesses a uniquely complex mix of spice, oak, smoke chocolate and restrained chili heat. A true celebration of the dark side. 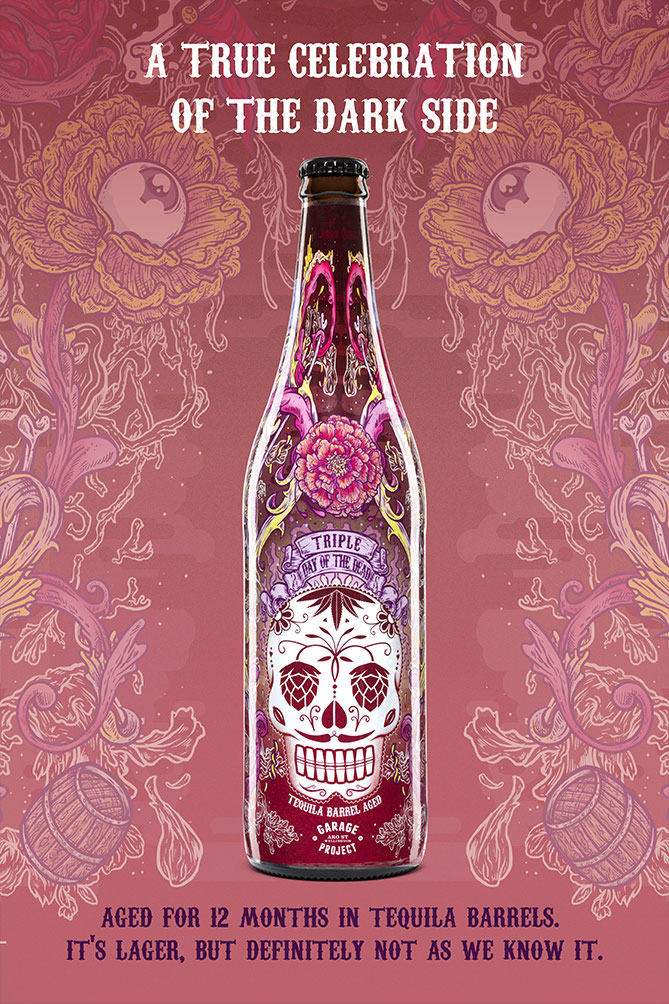 We try our hardest to make sure no-one misses out, no matter where you are. We will be launching these beers simultaneously in Australia and New Zealand. To find out your closest spot, check the list below... 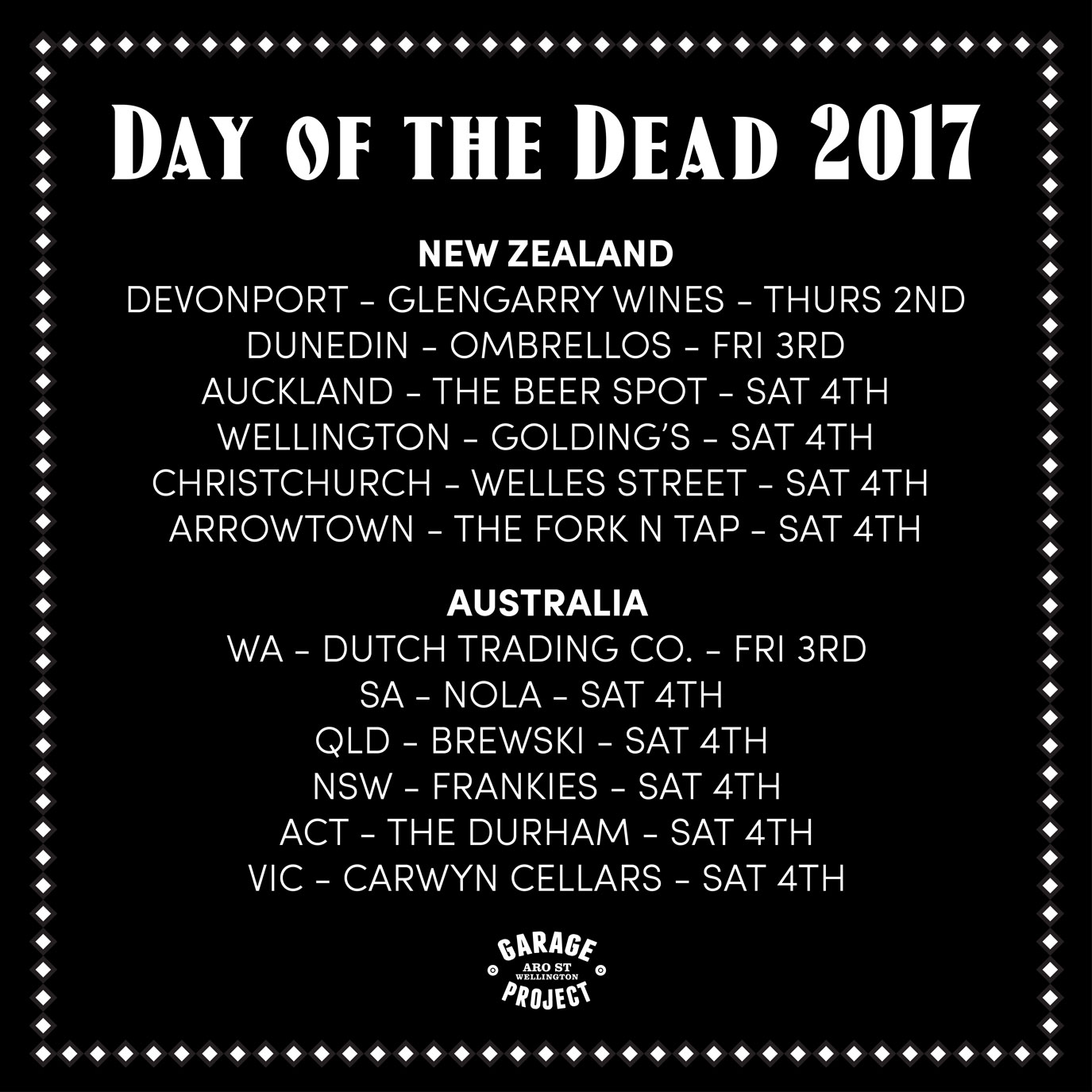 For those of you here in Wellington, we have a special treat for you! We will be holding our Wellington launch at Golding’s Free Dive on Saturday the 4th of November. The Golding’s team will be pouring the beers alongside a few other Garage Project superstars.

All the while, the festival will be spilling outside, where we have teamed up with the rest of the Hannah’s Laneway crew to showcase all the treats Leed’s St. has to offer. We will also be presenting the beers at the Garage Project Taproom, and the Garage Project Cellar Door.

Wherever you find yourself on the 4th of November, we will be by your side, in spirit